Woke up the other morning and had a battle between 3 bananas and a bunch of ants. Of course I ranted and stomped and slammed cupboards and got very cross about the ants and the bananas left out until they seeped rotten banana juice. Am I the only person who can spot an ant invasion about to happen?

Just because the very handsome man I live with doesn’t eat bananas is no reason to fail to notice the leaky fruit. I could tell I was beginning to lose it. I needed to escape.

There is nothing like a weekend away to stop the stress, slow down the stomping and generally ease us into the last two weeks of school. 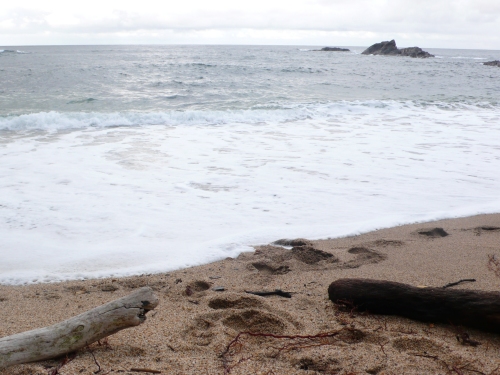 Balandra. The name trips off the tongue. Musical. like a warm song. It is a beautiful place. A home, simple, easy and beautiful with a private beach .The last time we were there I got a lesson in Trini Beach Liming so this time we were all prepared.

Despite Trinidad being a small island it takes ages to go anywhere because the traffic is painful. We drove only 82 km but it was a long trip.

After sitting in Typical Trini traffic for 4 hours we arrived in the dark and longed for the sea. We would not see it until 11 am the next day after the torrential rains had slowed. The weather here is passionate. In one minute hotter than comfortable and in the next, rain so loud and hard it could wash away sins.

We spent 2 days with no television, computer, internet, phone, radio or shops. It was a true escape. We also spent a good part of that 2 days staring at the horizon, something that is a tonic for any soul. 4 girls who normally squabble and find it near impossible to agree on an activity spent 2 days running naked on a beach or exploring the fruit trees on the land. It was a back to basics weekend and a reminder of how rarely we sit back and pause. 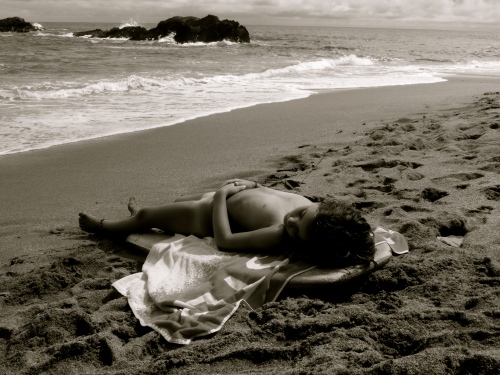 Before heading back to Port of Spain we made a short detour to visit the Toco lighthouse. This the point of Trinidad where the Caribbean Sea and Atlantic Ocean meet. There is a crease as the two giants seas swell and rekindle. Standing on the cliff, windblown and exhilarated, it felt like we were on the edge of the world.  Normally confined by four walls and a cup full of chaos, it was a rare and special feeling. 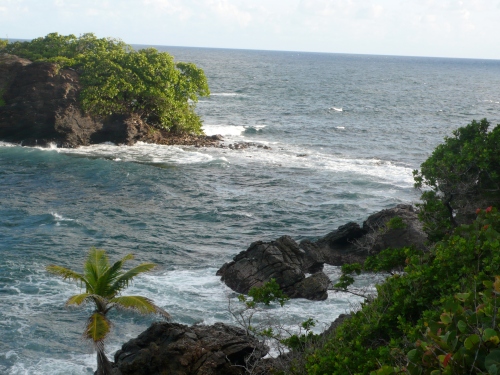 We stopped to buy some homemade ice cream made from Soursop ( a type of honey apple) and it was divine. A warm and smiling face watched us enjoy the ice cream she had made herself.

We drove home. Full of senses.

Time. Time to run my fingers through the fine rocks hunting for shells and smooth flint. Time to linger over a meal, a drink, a photograph, a conversation, a page of a book.

Eyes. Eyes that watched a storm coming in, carefully calculating the time left before we had to run. Eyes that were watching the beautiful bodies of 4 girls. Eyes that studied for the first time how a coconut becomes a palm.

Touch. Touch of the rain, warm on skin. Touch of soft blond curls running through my fingers. Touch of rough sand, soft stone. Touch of a wave pushing me over onto the beach.

Smell. Smell of the sea, the rain, the wind bringing to my bed the freshness of petals, the dark scent of mud. Smell of red wine, lingering all night, sharing space with burning coals and a beach fire.

Hear. Laughter of girls playing in the mud, running through the waves, laughing in the rain. Sound of rain on tin roof, sound of waves crashing on rock. Sound of silence.