We stumbled across the most extraordinary jumble sale/rummage sale/garage sale while lost some where in the East. We saw two mannequins propped against a most gracious old building. They looked as if they had been tossed off the set of a horror movie and indeed their pasts turned out to have been equally dramatic. Turns out we had walked into the sale of the Opera House. Sets including fabulous chandeliers, fake harps, velvet chaise longues and even a large ship were for sale alongside lace, tuile and chiffon ball dresses. They entire sale was housed in a slightly crumbling but romantic space complete with spiral staircase, velvet rouched curtain and yellow walls. It was like walking into a Lars Von Trier meets Versailles set.  In my mind it summed up Berlin. Under the skin of practicality and organized decorum lies an artistic soul that burns and trembles. I wondered if it was because of or despite the fanatical order that such creativity is allowed to ferment. 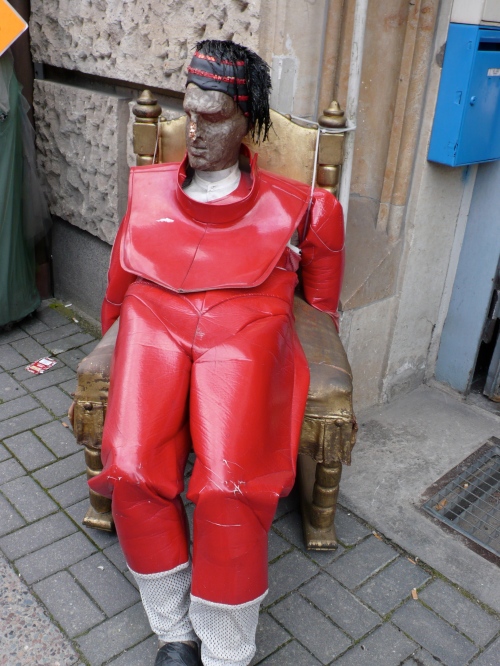