A trip around the corner, and back in time. 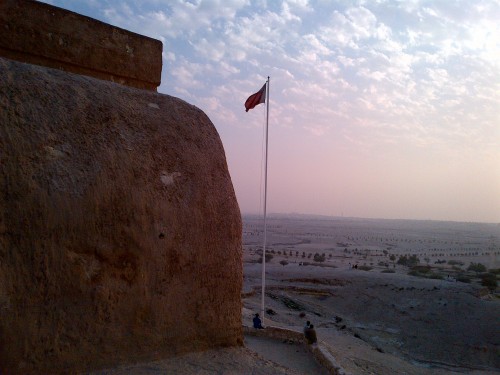 The weekend was busy and involved a fair amount of ferrying children from one place to another. Thursday night, normally reserved for a definite couch slouch, found us hosting a casual dinner party with candles and after dinner drinks in the garden that went on way too late. The moon was winking when I went to bed, ” you need to wake up early, tomorrow” it sniggered as I plunged head first into my duvet. Friday morning Trooper had her Duke of Edinburgh ( bronze) practice hike. This involved 70 teenagers let loose in the desert with a map and a packet of crisps. She needed to be delivered to school at 6.30 am. Initially I had optimistic ideas of an early morning walk, an efficient run around a grocery store and back home for coffee all by 9am. Obviously, considering the too late to bed thing, this was not to be. By 3 pm, having woken from a brief nap I had the feeling I was wasting my day and needed a jolt to bring me back to life.

“Let’s go somewhere we have never been before” I suggested. I am tired of the same tried and true arteries I drive up and down all week, rarely venturing off my beaten and safe path. 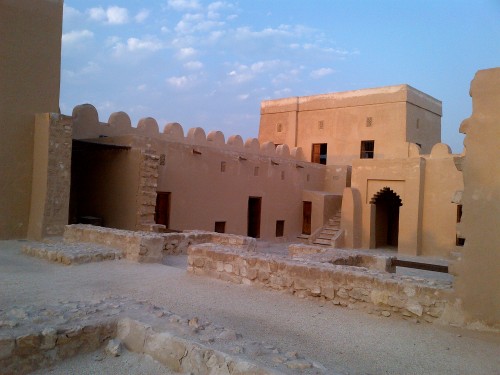 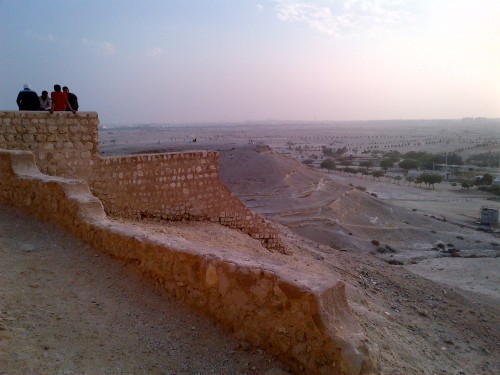 We found an ancient Portuguese Fort that I see in the distance when I am on one of my safe highways, but had never visited. It was close enough to be there and back in an hour but far enough to feel I had stepped back in time and seen a different corner of Bahrain.

And we were there in time to catch the sunset. 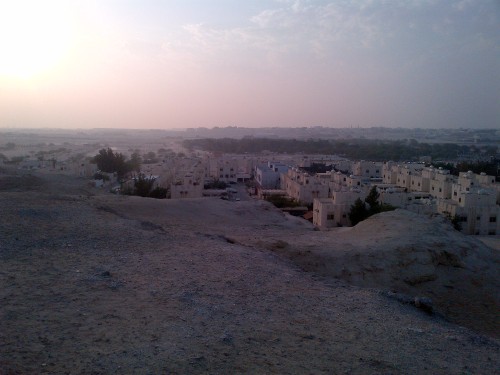 It is important to sometimes take the other road, the one you always wanted to see but never found the time. Maybe right around the corner is a slice of magic and you never knew.

One response to “A trip around the corner, and back in time.”